Information
1 orange battery
1)Experimental preparation:2 orange petals,2 thick copper wires,2 zinc flakes,2 thin wires,and 1 electronic watch.
The main feature of fruit batteries is that they have extremely large internal resistance,which can only supply power to electrical appliances with weak power consumption,such as electronic watches.Generally,the power supply current of electronic watches is below 3A.
2)Experimental method:Peel off the orange and break off one petal,insert the thick copper wire from an old wire into the orange petal as the positive electrode,and insert a small piece of zinc skin cut from the dry battery case into the orange petal as the negative electrode.An orange petal battery.The electromotive force of this battery is about 0.83V.Make another same orange petal battery.Connect two batteries in series to power an electronic watch,as shown in Figure 1.The electronic watch can work normally within 10 hours.
3)Note:Orange batteries do not have strict requirements on the size of the pole pieces.The acidity of the orange and the relative position of the pole pieces affect the internal resistance.If the relative position of the pole pieces is appropriate,the internal resistance can be reduced to about 0.03M.
2Vegetable battery
1)Experimental preparation:4 tomatoes(or potatoes),3m copper wire,1 set of earplug radio(or small electric bead with lower power,sensitive ammeter),4 copper and zinc plates each(zinc plates can be used with old battery skins)).
2)Experimental process:Put the tomatoes(or potatoes)on the table and connect them to form a series circuit with wires with copper and zinc plates,as shown in Figure 2.Connect the 2 wires connected in series to the power board of the earplug radio(or small bulb,sensitive ammeter).Turn on the earplugs and the radio to hear the sound(or the small bulb glows and the pointer of the sensitive current meter deflects),which proves that the battery is charged.
3 coin battery
1)Experimental preparation:10 to 15 five-cent coins,zinc flakes with the same number of coins,paper,one piece of wire,one earplug radio,scissors,salt water.
2)Experimental process:Cut the paper into small round pieces according to the size of a coin;cut the zinc skin of the old battery into round pieces of coin size;put the paper pieces in salt water soaked;arrange the coins,paper pieces,zinc pieces in order Place it as shown in Figure 3.This is the battery we made.Connect both ends of the battery with a wire,touch the plug of the earbud radio,and you can hear a rattle,which proves that the battery is charged.

Scan the QR code to read on your phone

The Company passed the ISO9001 Research and Development Center audit audit through in 2018.

The Company passed the ISO14001 environmental management system audit audit through in 2014.

In February 2013, won the title of "Contract-honoring and Credit-keeping" in China.

Tianjin branch was established and put into operation in May 2007

Awarded as Shandong Famous Brand in 2005

The equipment was upgraded and upgraded, and the automatic assembly line production was fully realized, and the enterprise entered the rapid development channel.

Wang Xinghua, member of the Standing Committee of the Linyi Municipal Party Committee and Secretary of the Political and Legal Committee, and his party investigated the development of Huatai Battery

In order to conscientiously implement the spirit of the 19th National Congress of the Communist Party of China, and in-depth implementation of the major project deployment of

The 125th China Import and Export Fair ("Canton Fair") was grandly opened on April 15, 2019 in Guangzhou. Our company was invited to participate in the first five-day trade fair from April 15th to April 19th. 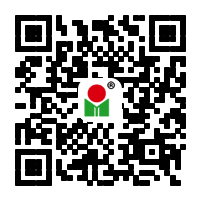